During our voluntary service in Swakopmund, we already heard a lot about Anja: Due to her multifaceted social projects, which she supervises together with her family, she has become a celebrity in the township “DRC”, located at the outskirts of Swakopmund. As soon as she enters the DRC, the people wave cheerfully to her. However, we only got to know Anja with the beginning of the COVID-19 pandemic.

In this crisis, during which many have lost their income and livelihoods, several initiatives are cooperating to cushion the impact of the pandemic through food donations. We, too, joined forces with Anja Rohwer, and this has resulted in a smoothly functioning and enriching cooperation. For more information, see COVID-19 Emergency Aid. 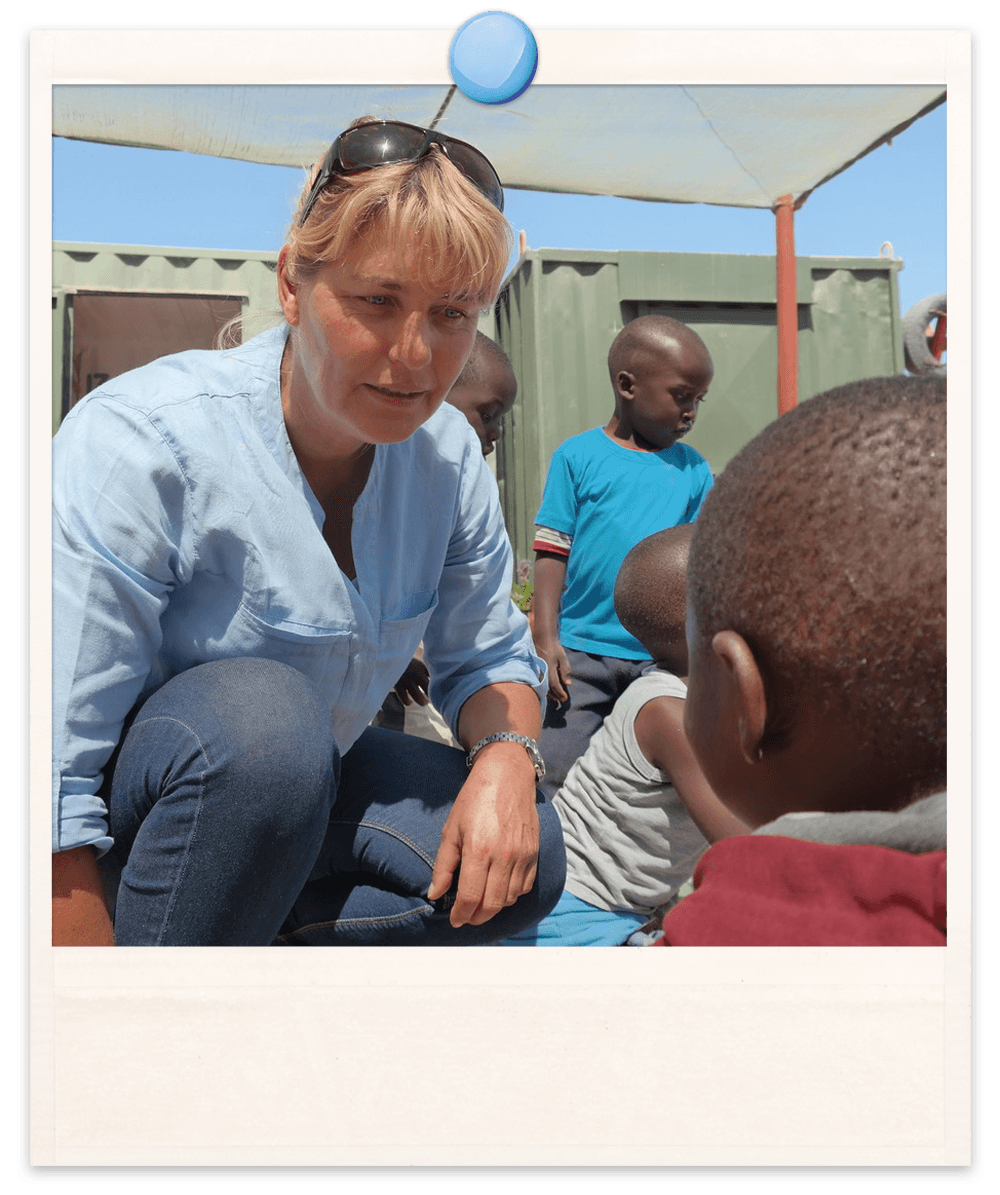 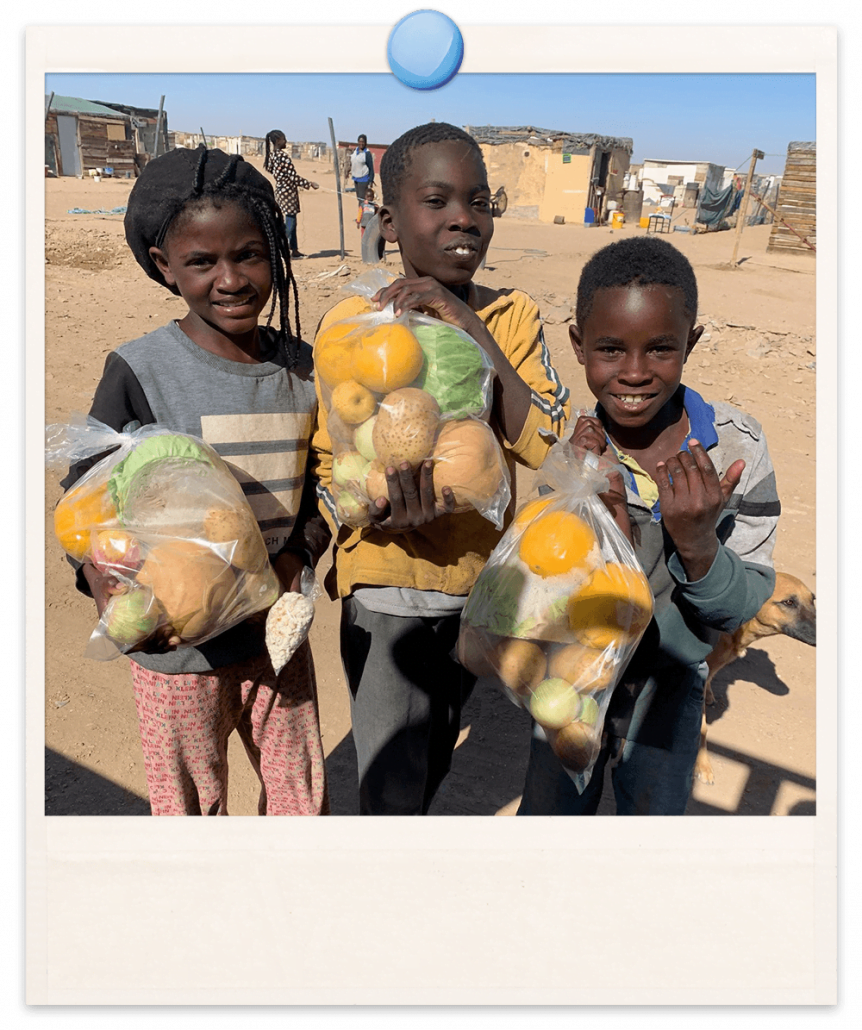 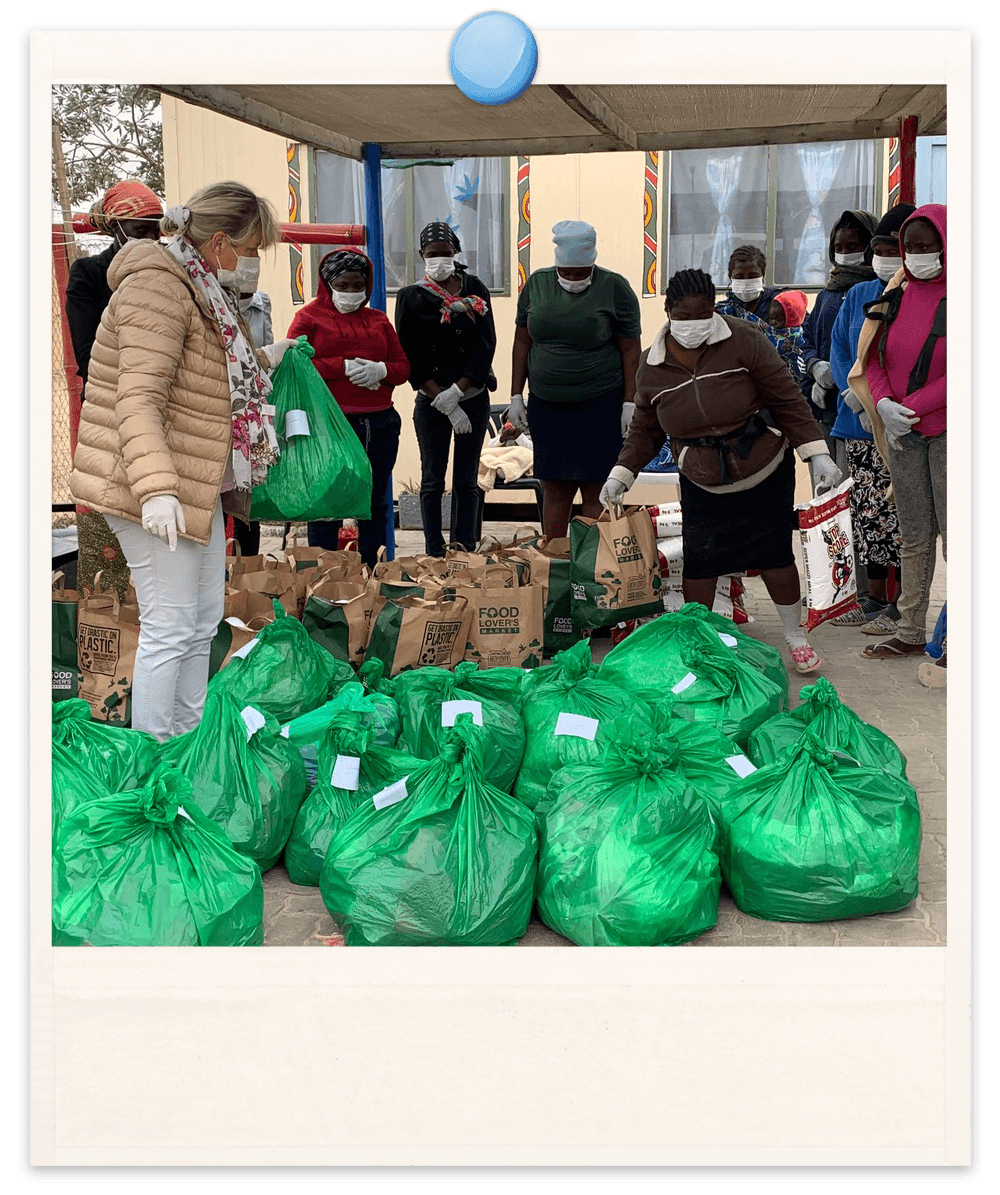 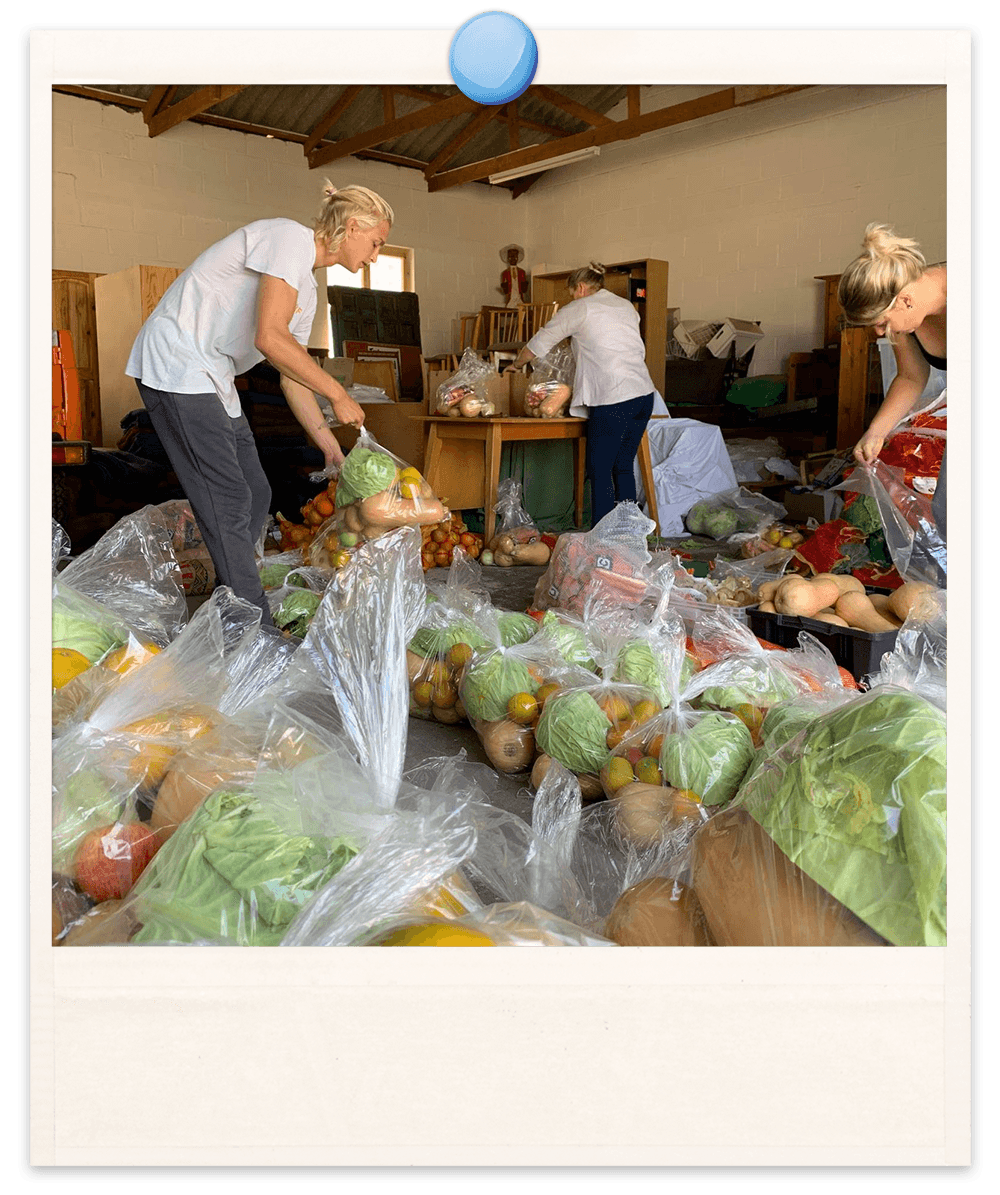 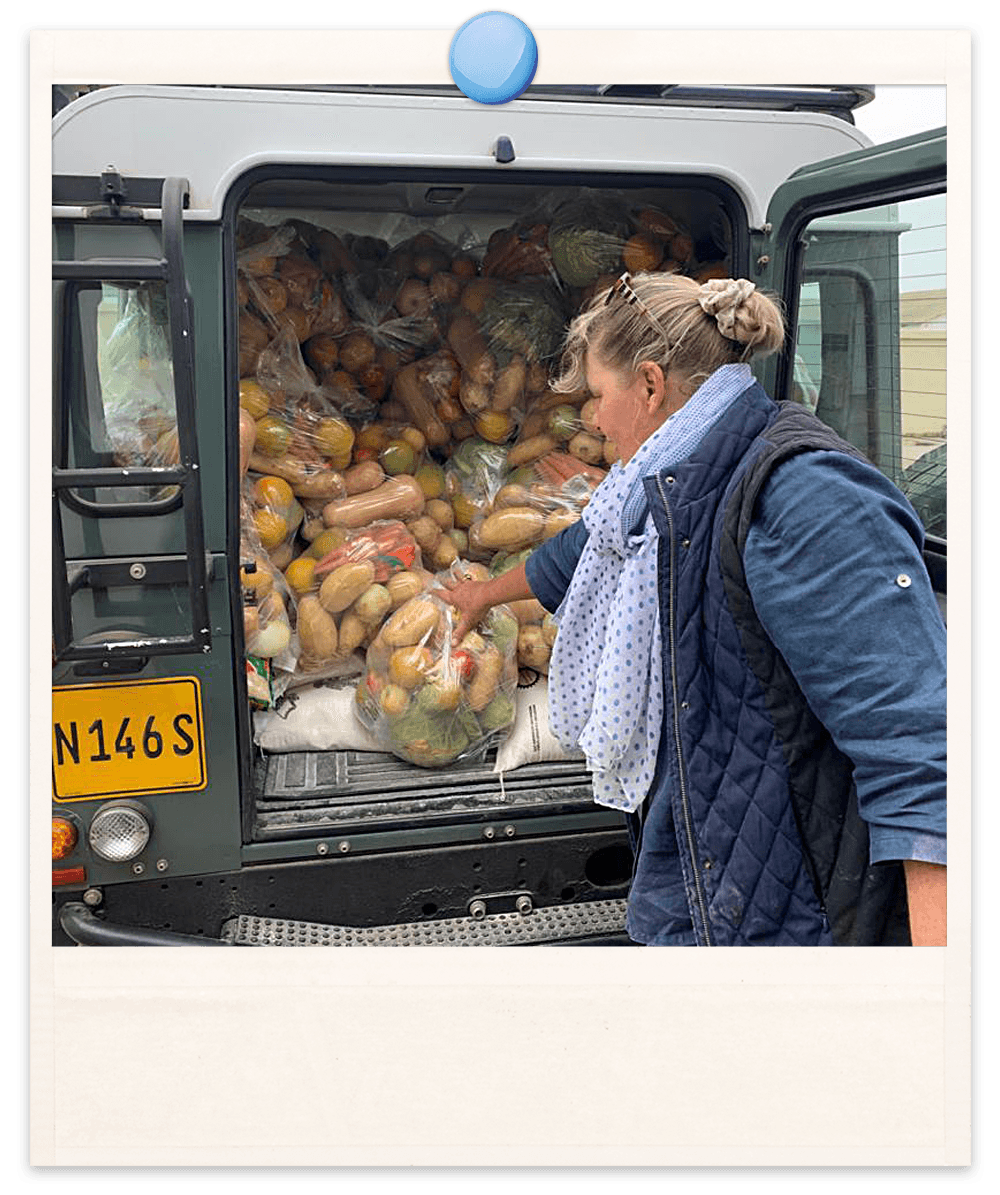 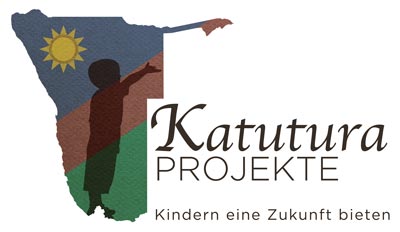 “Katutura” – The place where people do not want to live. This is how the Herero named the township on the outskirts of Namibia’s capital city Windhoek, to where the black population was relocated during the apartheid. Until today it bears witness to a deep-rooted problem –  the inequality of opportunity due to family income. The “Katutura Projects” originated from the wish of the nurse and later director of the Namibian Red Cross, Jutta Rohwer, to offer children a brighter future and to “create a slightly friendlier world. ” With this great goal in mind, she founded and supported more and more small and large projects in Namibia, focusing on education and “self-help”-oriented aid. Since Jutta Rohwer’s death, her daughter Anja Rohwer, together with her family and many hard-working helpers, is ensuring the continued existence of the projects on site in Namibia.

The “Katutura Projects” are involved in a variety of projects in the capital city Windhoek and the coastal town Swakopmund. A good education is essential for finding a way out of poverty. Following this belief, the charity organisation supports children from an early age on by running and taking care of an orphanage and several kindergartens, in which the children are being prepared for later schooling. But education alone is not enough: hunger and malnutrition are a serious problem in the informal settlements of Namibia. Therefore, “Katutura Projekte” also maintains soup kitchens that provide regular and healthy meals. In addition to education, a further focus of the “Katutura Projects” is self-help, especially for single women. In various projects, the women learn and produce handicrafts, which are then sold in selected shops. The proceeds are given back to the women, who thus have the chance to earn their own regular income.

The projects of Anja Rohwer
in Windhoek & Swakopmund 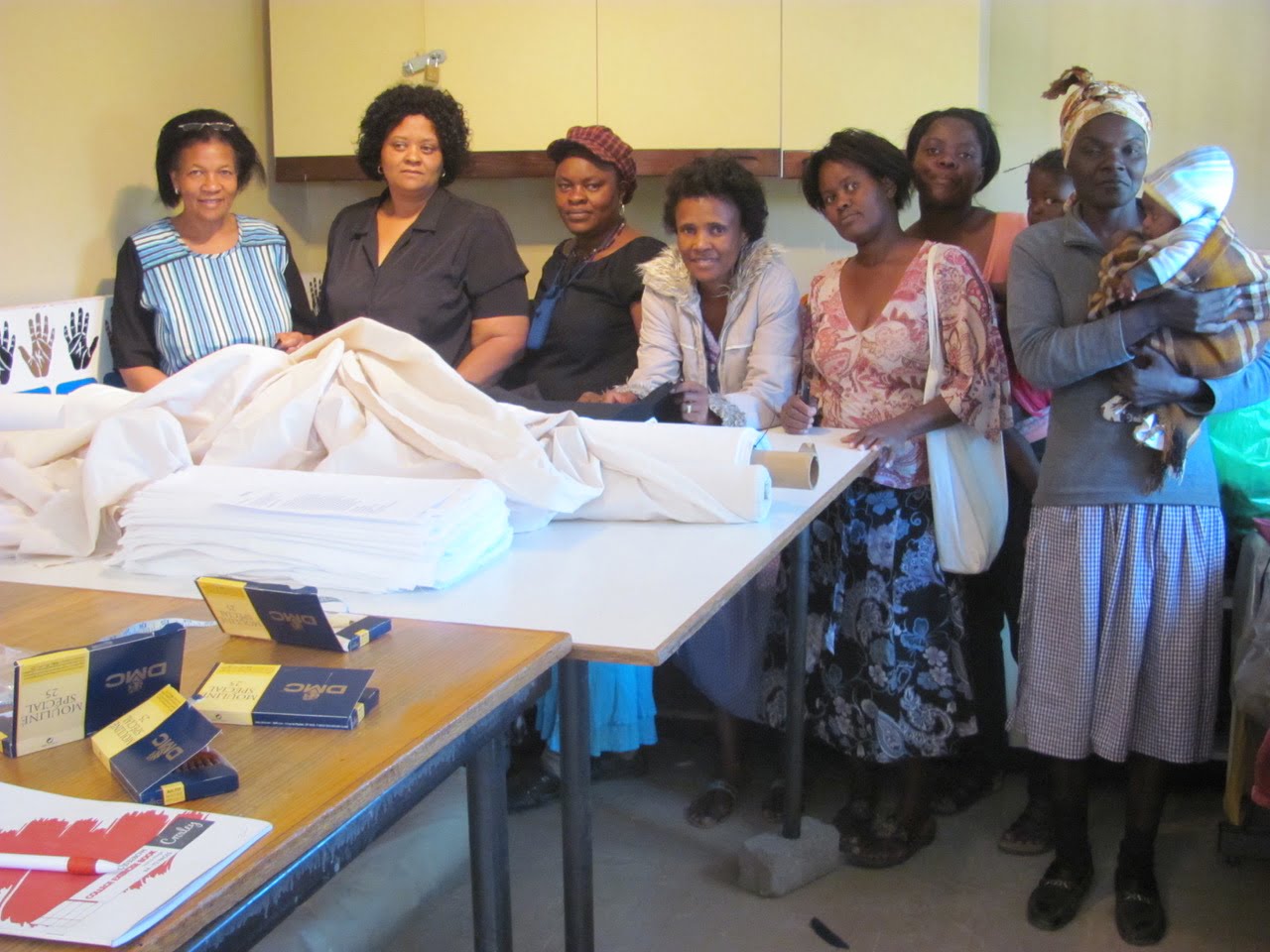 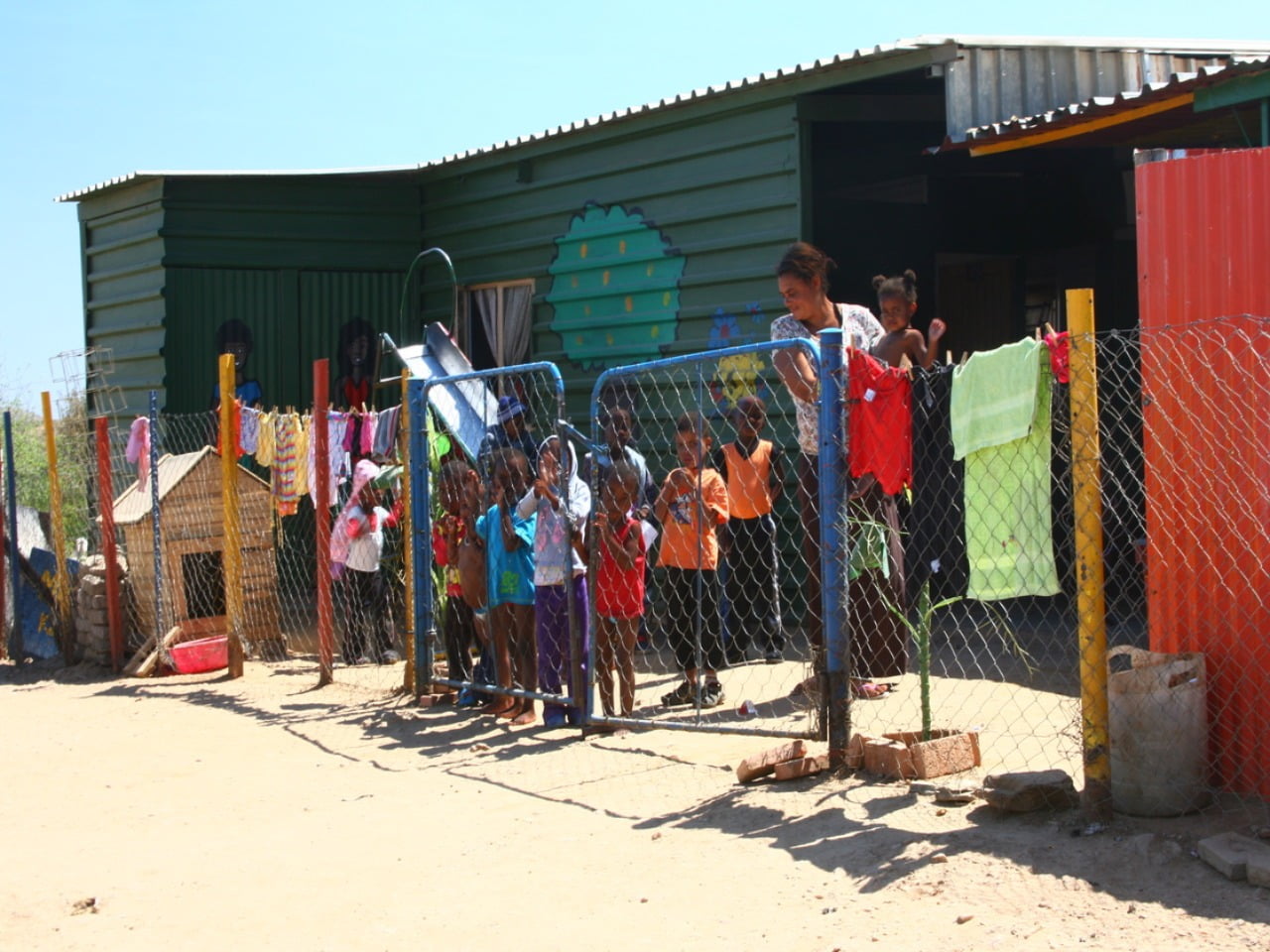 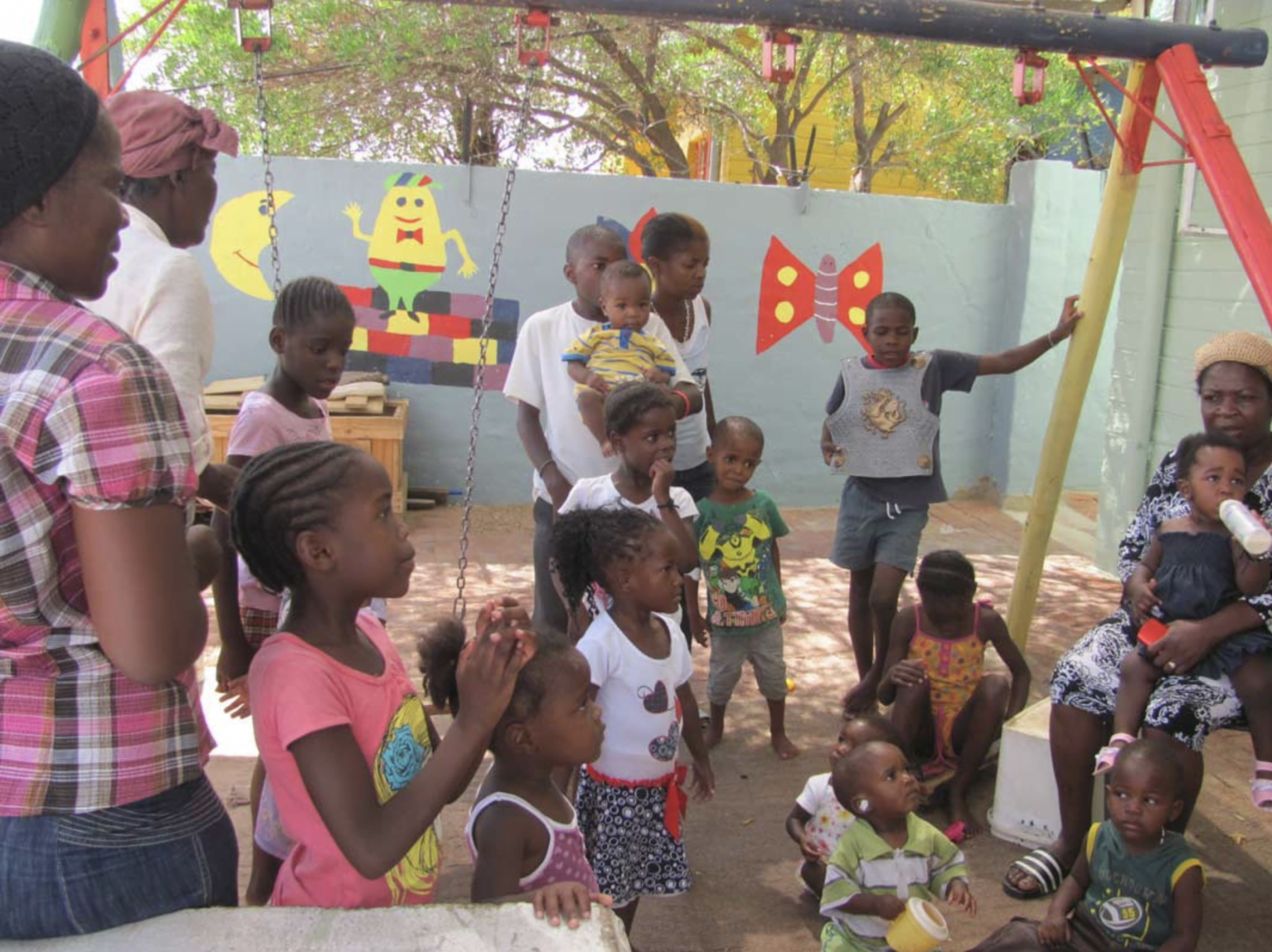 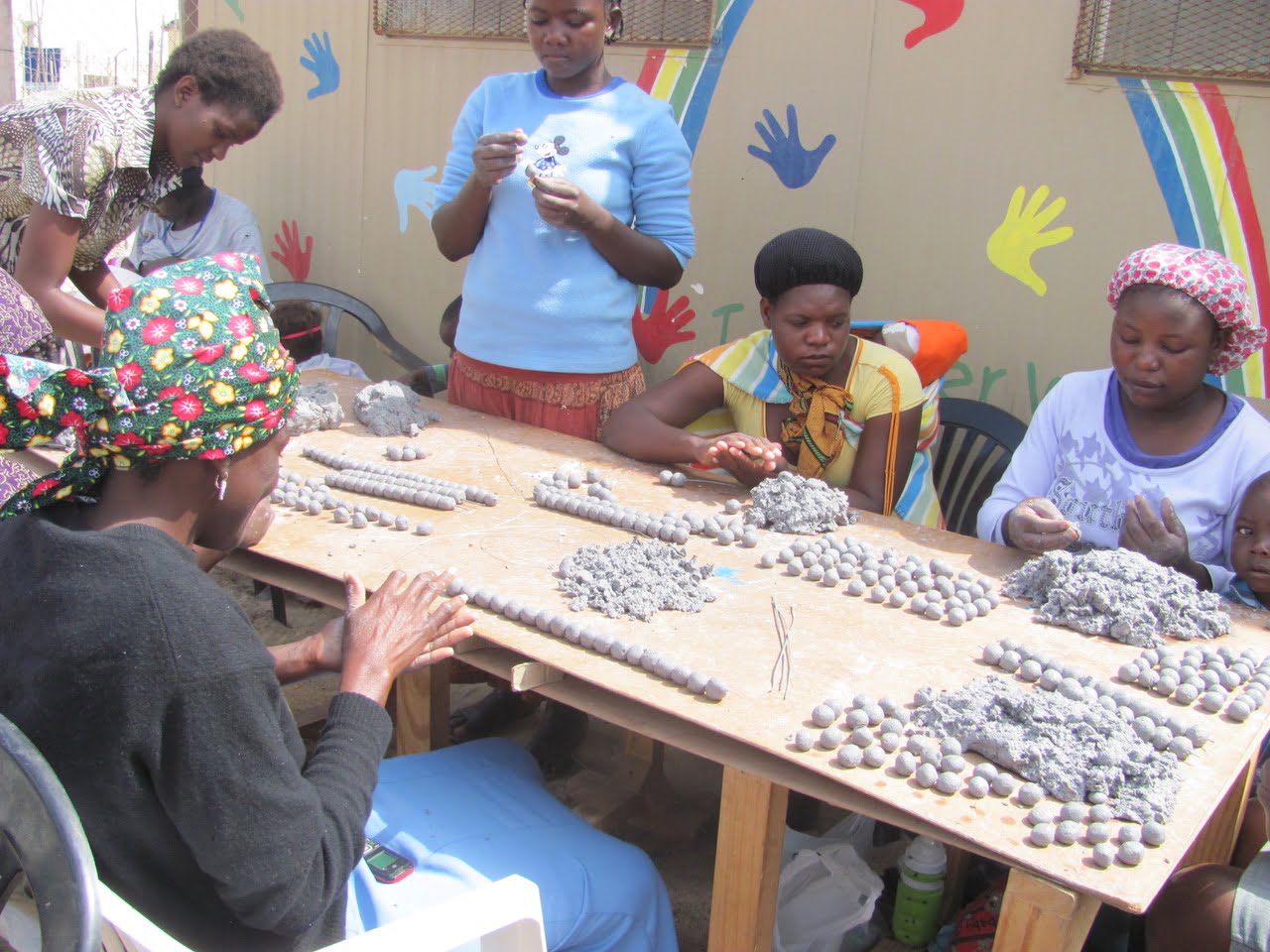 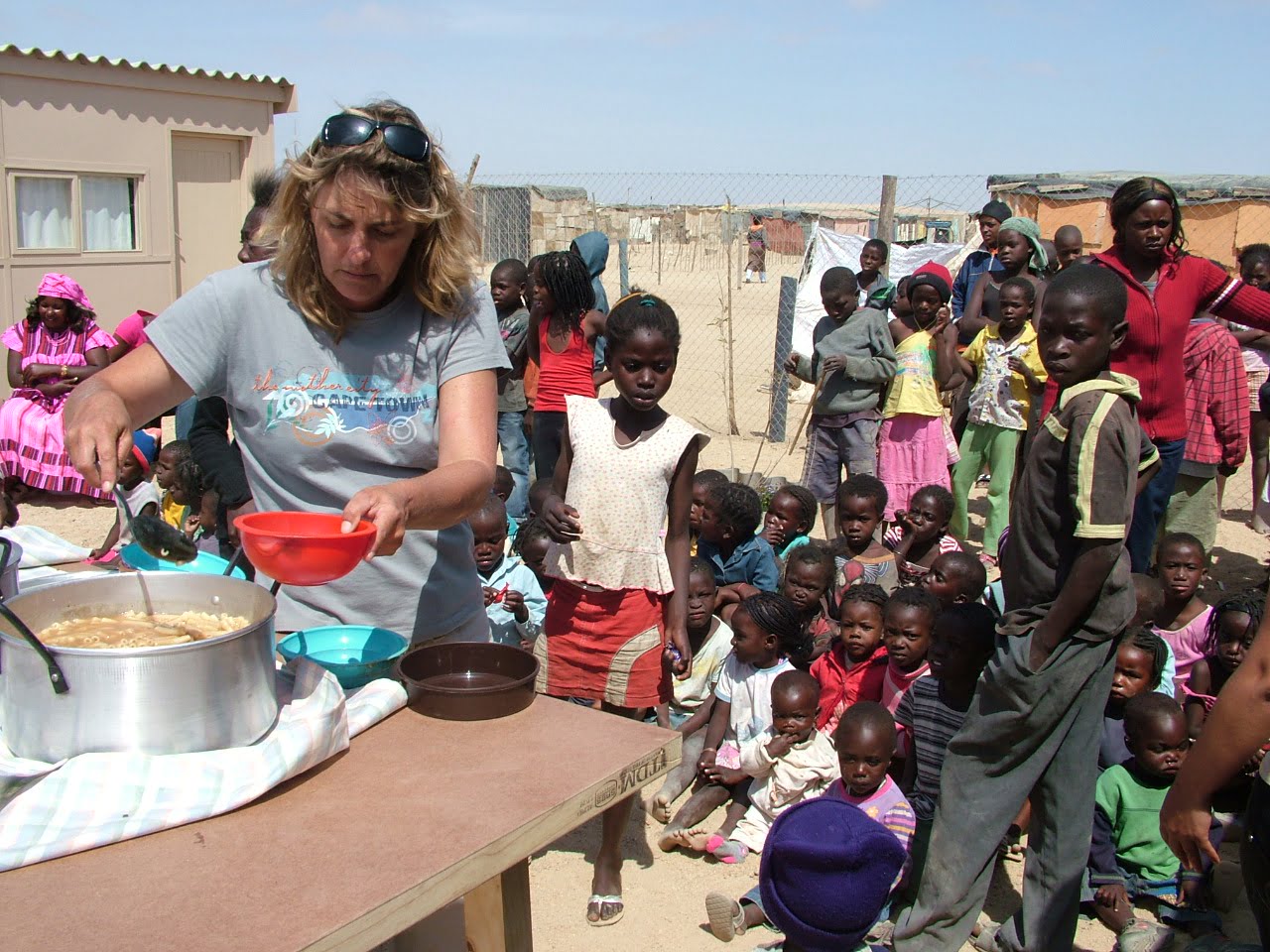 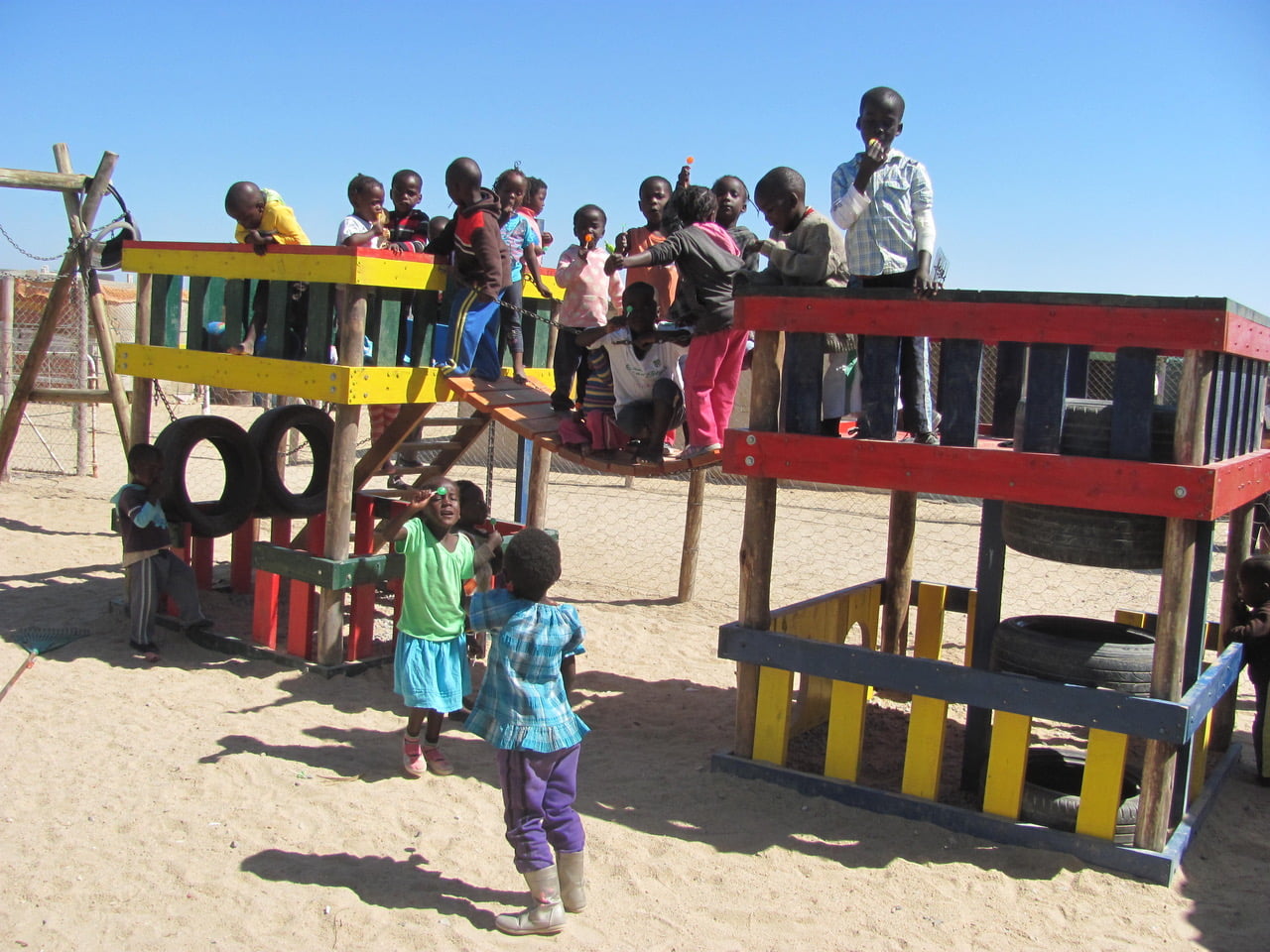 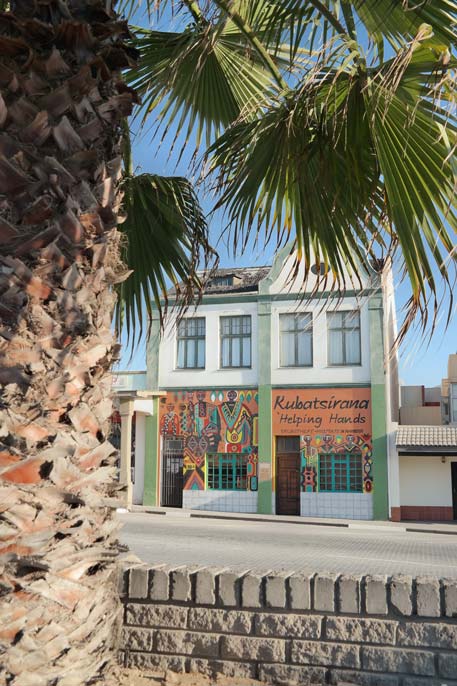 Kubatsirana is a non-profit outlet in Swakopmund, whose aim is to provide direct and immediate help to communities, women and children living in informal settelements. People from different cultures express their skills in creating these crafts to continue generating an income for themselves.

Kubatsirana offers a diverse and impressive range of artwork, embroidery, contemporary and tribal art, baskets and much more. These art and crafts reflect Namibia’s wonderful culture, warm people and remarkable heritage. At Kubatsirana you can also find souvenirs as small gifts from Namibia for friends and family. Every purchase ensures continuous assistance and support for women through a regulated income. 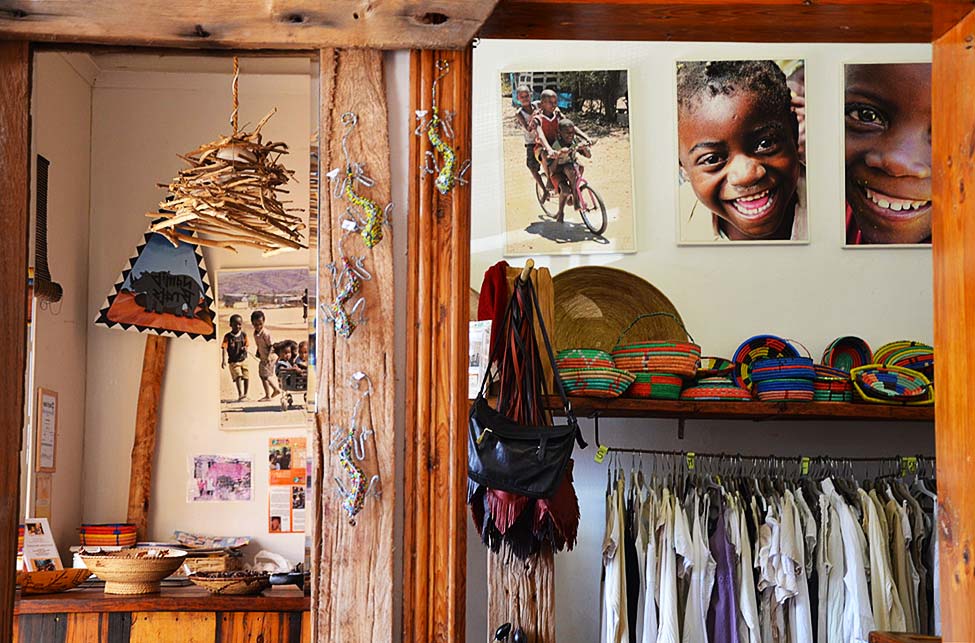 Selection of products that can be bought in the shop: Fine braided baskets, carved macalanine nuts, stylish jewelry of the San from ostrich egg shells, richly coloured silk scarves, Himba bracelets, aesthetic, handmade paper, hand woven carpets, appealing textiles and colourful embroidered linen products. Attached the sales catalog: Kubatsirana sales catalog. All orders in Europe are placed via the contact person mentioned on the last page of the catalogue. If you want to buy in Namibia or South Africa please visit the online shop for shippings in Namibia and South Africa. Enjoy shopping!